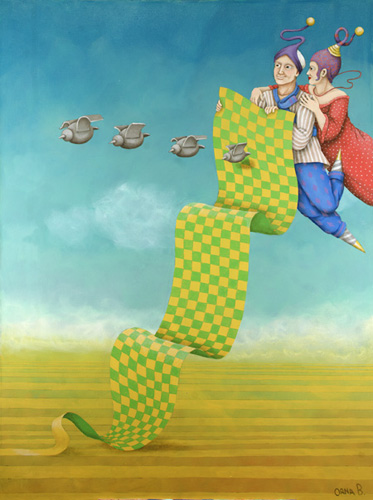 Reassurance Angels
80x90 cm - 2010
Desolate horizons of the desert are transformed into a colorful gown flaunting to heaven and produce joyful surprises. 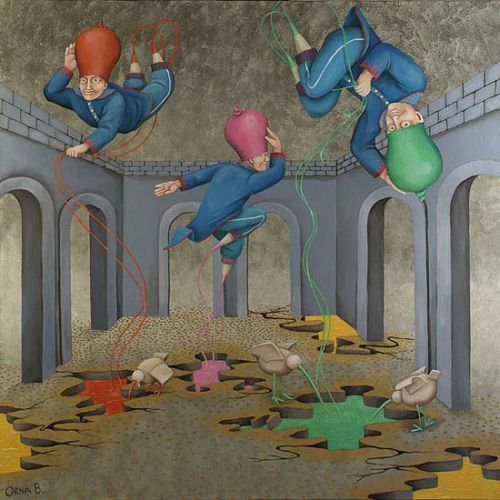 Colored Minds
90x90 cm - 2009
What is the source of our uniqueness?
Each one of us draws his own distinct color through his legs, from experienced that are deeply rooted in the earthly experiences 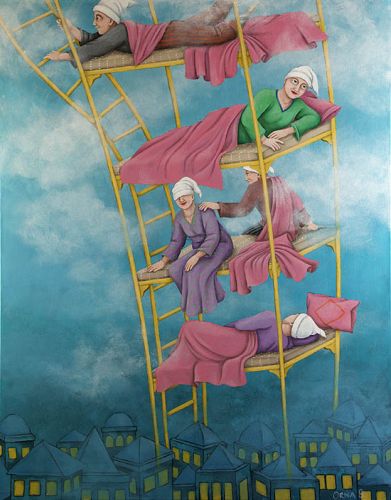 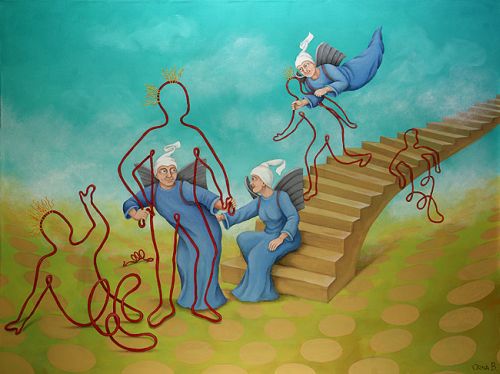 Plains of Manifestation
90x120 cm - 2009
In the realm called "manifestation", abstract spirits are captured in space and defined as singular shapes. Later on, these preliminary energy units will descend to the physical realm and wear a new body. 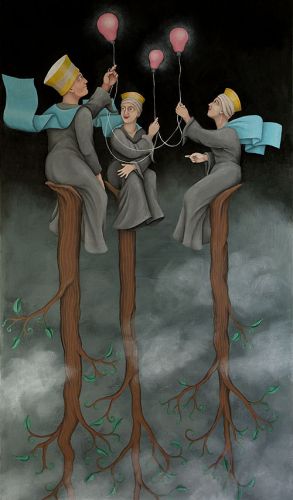 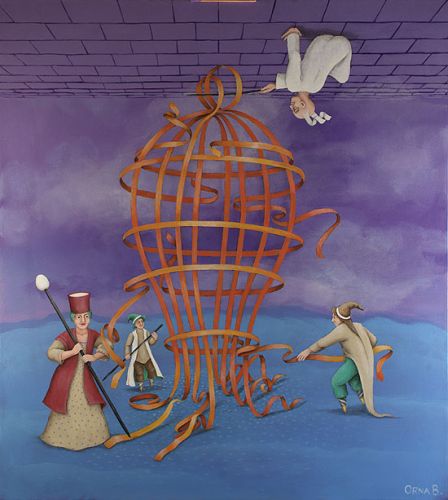 The Creation of God
90x100 cm - 2008
Did God create humans, or did humans create God? On a practical level – who created religion? It’s quite obvious that religion was created by humans. The need for a large framework, full of principles, laws, myths and restrictions has always been attractive to mankind. 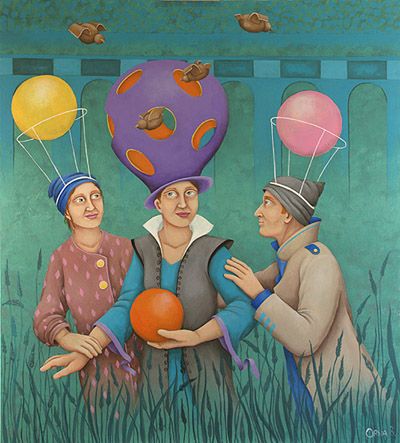 The How-to Teller
90x100 cm - 2008
How can we ever learn majestic things if our minds are not pierced open to external ideas? 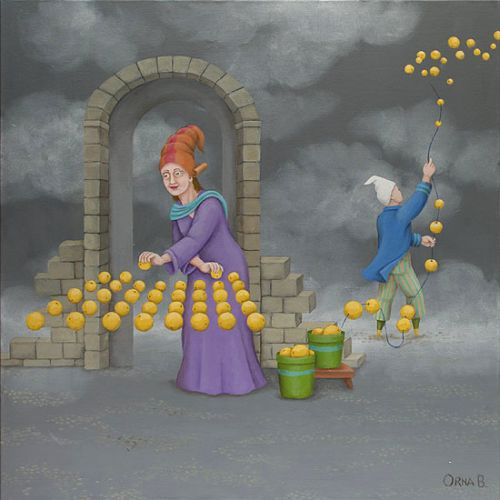 Magnetism Extended
80x80 cm - 2008
Certain magnetic fields have a funny feature - they always tend to assemble and organize each particle flying through space. Every raw material has a special matrix, including the components of universal abundance. 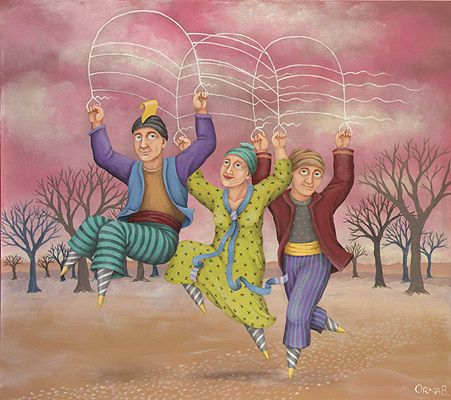 Take off Experiment
80x90 cm - 2008
We relentlessly examine different vessels that will help us elevate ourselves from the gloomy swamps of mundane life. 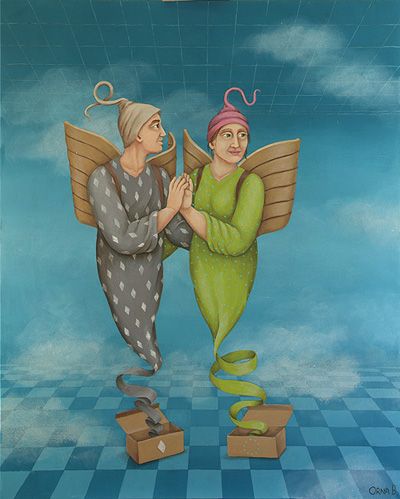 Unfolding Truth
80x100 cm - 2008
Truth can emerge from different sources and appear as many faces.
As long as you are sincerely loyal to your own, other forms of truth will align themselves accordingly. 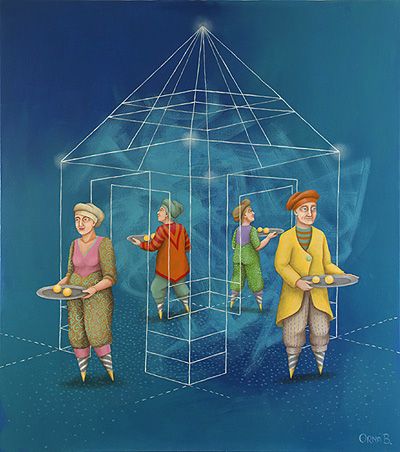 The world was created at a place of nothingness. If there was no vacant space to contain it, it could not have been created. Everything in the world needs its own space to exist, and even more – an empty space is essential as the starting point of a new creation. Therefore, do not fear the void – as you, yourself, were created in an empty womb, the best artistic drawings of your childhood were sketched on a clean sheet of paper, and your brightest ideas came into your mind unexpectedly, when it was empty of any thought. Each one of us has an empty space inside, a virtual empty room which we create with our mind’s eye. Every time we visit there, we can contemplate peacefully and process our ideas. This is the sacred space where our soul is recharged and rejuvenated, where the many elements of wisdom are mixed together and new insights are created. The painting “The Eleventh House” shows us the promise and the reward – throw yourself into the void and come out of it with new assets. 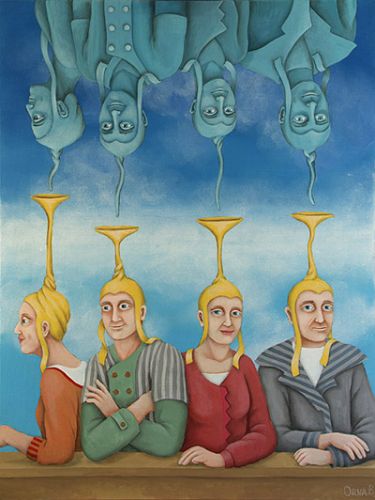 It is said that everything that exists in the physical realm, has a counterpart that created it in the spirit realm. As the world was created by thought, word and action, so is everything else:

First, there is an idea, a thought, an abstract concept that desires to manifest itself, and needs a proper vessel of expression. Then – the physical form of the primal idea is created in the physical realm, the plane of materialization.

As illustrated in the painting “Four Twin Souls” – the initial metaphysical idea is always linked to its physical expression and continuously “feeds” it. The physical entities can not have an existence of their own, and are reliant on the primal idea that created them. Therefore, they are eager to absorb the light from their spirit duplicates. This everlasting cycle of thought – creation – actualization is the fundamental nature of life.